By William Davison
Sept. 13 (Bloomberg) -- Sugar Corp., Ethiopia’s state-owned producer, said it started building 10 new factories and is inviting private investment as part of a plan to become one of the world’s 10 biggest exporters of the crop.
The project, which has raised concern among environmental activists, involves constructing plants and establishing farms at a cost of about 80 billion birr ($4.6 billion) in four regions in the Horn of Africa country, Abay Tsehaye, director general of the Addis Ababa-based company, said in an interview on Sept. 7. The government is undertaking the work because Ethiopian private firms are “not financially and technically ready to do such huge enterprises.”
“The government has given focus to sugar development. In the coming 15 years, we hope to be one of the top 10 exporters,” Abay said. “The reason we have this target is Ethiopia has big potential in terms of climate and in terms of soil and water resources, which is very favorable for sugar production.”
Ethiopia, Africa’s biggest coffee grower, unveiled a five- year plan in December that targets annual economic growth of as much as 14.9 percent by expanding agriculture and boosting savings to fund investment. The plan aims to transfer 3.3 million hectares (8.2 million acres) of land to investors by mid-2015.

Foreign investment is being sought to develop other projects on 5 million hectares of land that has been identified for sugar production, Abay said.
“Many are coming and asking because they know the potential of Ethiopia, they know the favorability of climate, soil and availability of cheap land,” said Abay, a former national security adviser.
Sugar Imports
Ethiopia imported 150,000 metric tons of sugar last year. The government aims to become self-sufficient in the crop by the end of 2013 and increase production almost eightfold to 2.3 million tons by mid-2015, leaving a surplus for export of 1.25 million tons, according to Abay. The world’s tenth-largest producer in 2009, the U.S., grew 27.5 million tons, according to the United Nations’ Food and Agriculture Organization.
Sugar Corp. was established under Prime Minister Meles Zenawi’s office in November to oversee construction and run the state-owned projects, Abay said. The company is accountable to Meles so that he can give “direct, immediate decisions,” he said. The projects are in Beles in the central Amhara region; Wolkait in the northern Tigray area; Kesem in the northeastern Afar regional state; and in the South Omo Zone of the Southern Nations Nationalities and Peoples’ region, Sugar Corp. spokesman Yilma Tibebu said in e-mailed and texted responses to questions on Sept. 8.
‘Disaster’
Six factories in South Omo, along with plantations that the company says will cover 150,000 hectares, are a “development disaster in the making” for 17 ethnic groups living in the area, Peter Bosshard of International Rivers, the U.S.-based advocacy group, said in an e-mailed response to questions on Sept. 6. “Grabbing land and water for sugar plantations will spell ecological collapse and hunger for the 500,000 indigenous people” of the zone, he said.
The Kuraz Project will be irrigated by water from the Omo River discharged from the under-construction Gibe III hydropower plant, according to Abay. Local communities support the scheme and the displaced population will be “very minimal” as the farms are in “barren areas,” he said.
As many as 100 members of the Mursi, known for wearing lip plates and who number about 7,000, and Bodi ethnic groups have been jailed for opposing the plan and others are being repressed by security forces, the London-based advocacy group for tribal peoples Survival International said on Sept. 6. Large-scale farms will cover as many as 300,000 hectares in South Omo and “tens of thousands” of workers will move to the area, the group said in an e-mailed response to questions.
‘Social Transformation’
Without using coercion, the plan is to transform South Omo residents “socially, economically and culturally,” Abay said. Those affected will be compensated for lost earnings and given land at least equal to previous holdings, he said.
Groups campaigning against the plans have selfish motives, according to Abay. “They want these people to remain as primitive as they used to be, as poor as they used to be, as naked as they used to be, so that they will be specimens for research and an agenda for raising funds,” he said. Previously impoverished communities will be “far better off” as they will benefit from irrigated land, improved social services, support from agricultural experts and job opportunities, according to Abay.
http://www.businessweek.com
Posted by Unknown at 4:27 AM 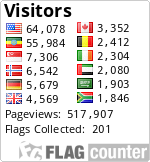